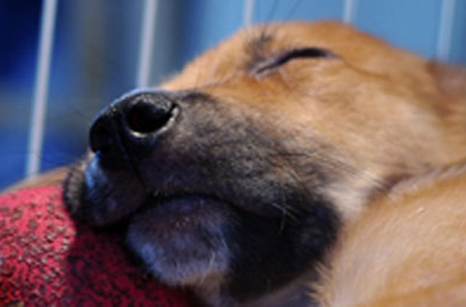 Congratulations on deciding to have your dog neutered. Neutering is the common term used to describe the surgical procedure known scientifically as castration. The benefits to your pets health and helping to reduce the pet overpopulation crisis makes this decision easier. There are
many advantages to having your male dog neutered.

The operation may be performed to treat testicular tumors and some prostate gland conditions. It is also used to control hormonal (testosterone)dependant diseases such as anal adenomas. Neutering may also be used in an attempt to treat certain forms of aggression.
As opposed to popular belief, many of the perceived disadvantages of neutering are false. The most quoted of these are that the dog will become fat, lazy and useless as a guard dog. Obesity is probably the most commonly quoted disadvantage of neutering. Obesity is the result of overfeeding and lack of physical activity. By regulating your dogs diet and caloric intake, you can prevent obesity in neutered or intact males. Neutering does not cause a change in personality, guarding instincts, intelligence, playfulness or affection. We recommend neutering your dog at around 6 months of age.

Neutering is considered a major operation and requires general anaesthesia. When your dog is admitted for surgery, he will be examined by the veterinarian performing the surgery, and pre-anaesthetic blood tests will be performed if you have chosen to do so. We also recommend intravenous fluids be given during and after surgery to provide a more stable anaesthesia and quicker recovery. After your pet is anaesthetized, a breathing tube will be placed in his trachea or windpipe. This will allow the delivery of oxygen and the gas anaesthetic directly into the lungs. The surgery consists of making a small incision in front of the scrotum and removing the testicles. Non-absorbable stitches are used to close the incision, which will need to be removed in 7 days if the traditional method was used, and in 14 days if the laser was used. The incision is treated with Laser Therapy post-operatively.

In general, complications are rare during the neutering procedure. With modern anaesthetics and monitoring equipment, the risk is very low. . However, as with all surgical procedures, there is always a small risk:

It is important that you properly fast your dog prior to surgery according to our instructions. In addition, any signs of illness or previous medical history should be reported to us prior to any sedation, anaesthesia or surgery.

Rest and restriction of activity are the primary post-operative care you should provide. Most dogs can resume activity 7 to 14 days after surgery. Until then, leash outings, no swimming, bathing, running or climbing stairs and lots of rest are the rule.

Why Laser Surgery?
LESS PAIN – Laser energy seals nerve endings as it moves through tissue. Your pet feels less pain post-operatively.
LESS BLEEDING – The laser seals small blood vessels during surgery which allows us to perform surgeries with extraordinary precision. This also speeds some procedures reducing the amount of anesthesia needed.
LESS SWELLING – Laser energy does not crush, tear or bruise because only a beam of intense light contacts the tissue. 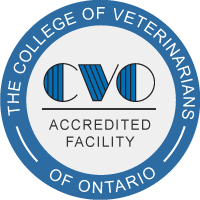